Earlier this year, I put together a “What do I edit?” post (click here!). It remains the top question that comes up when I’m hanging out with couples for coffee and engagement sessions. So, here’s the deal…I turn around my weddings within two weeks of the wedding date, which most people don’t know is actually pretty fast! In a perfect world, I would LOVE to turn them around in a week, but I tend to get caught up in too many details and my monkey mind won’t let certain things go. The nature of being an unposed/documentary photographer is that we’re not moving people into poses and good light, so we just have to spend more time massaging things in editing.

I’m passionate about being transparent with what I do (not only behind the camera, but, at my desk), so here’s another round of edits to get an idea what goes on behind closed doors! (Top photo = straight out of camera/bottom photo = edited)

This next photo is very typical of how I edit the walk down the aisle. The photos are always crooked, inevitably someone leans out into the aisle, making me balance on the edge of toppling over. I also like to leave a little room at the edges because this print needs to be flexible for album printing, since it will definitely be a photo the couple picks as a favorite. Nearly every aisle shot in a church has a nasty red exit sign behind the bride. For me to avoid it would require me to step out in the middle of the aisle and I’m not willing to do that. I just resign myself to Photoshop it out later. The groom needs to see his bride without my body in the way! 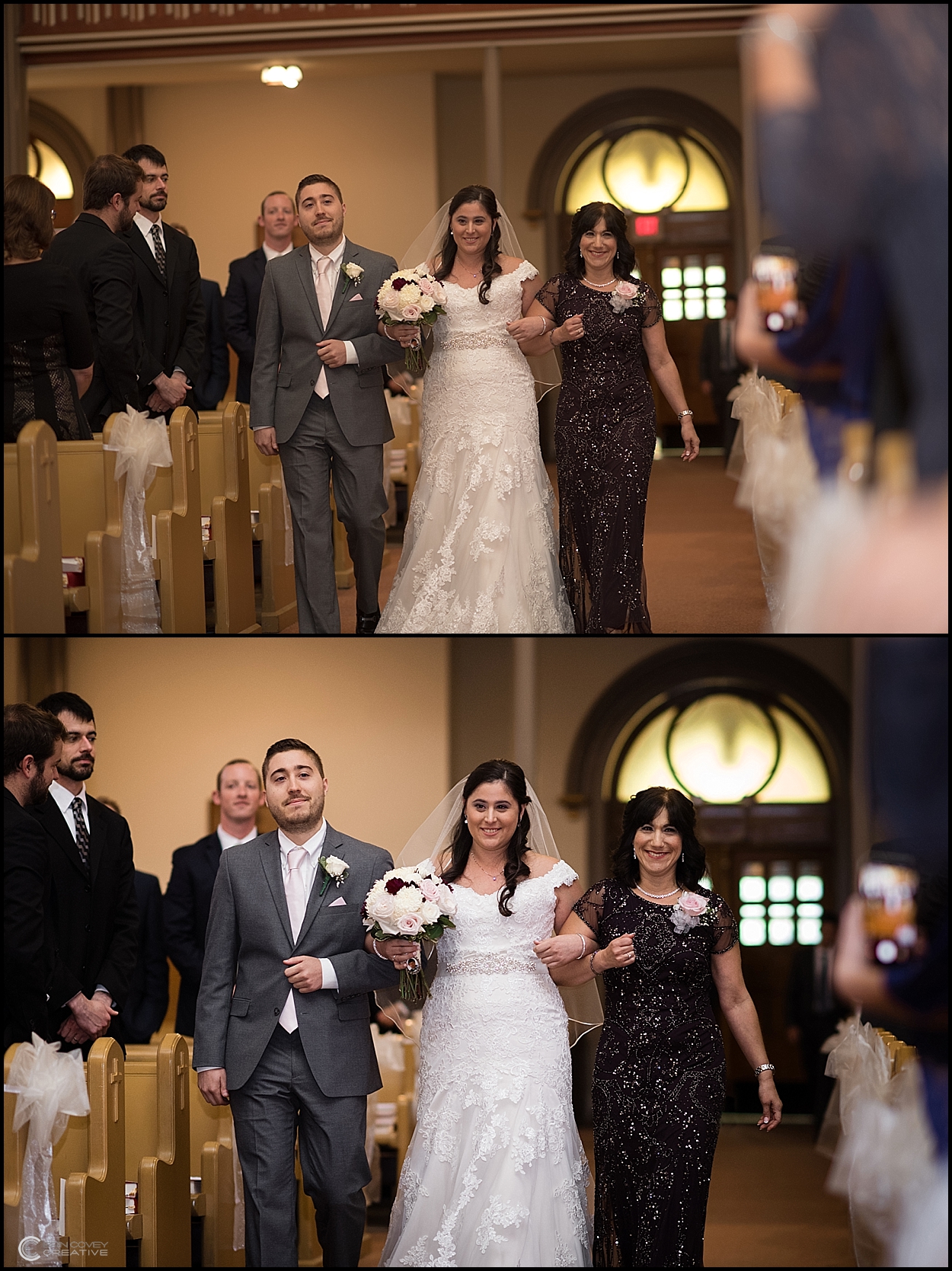 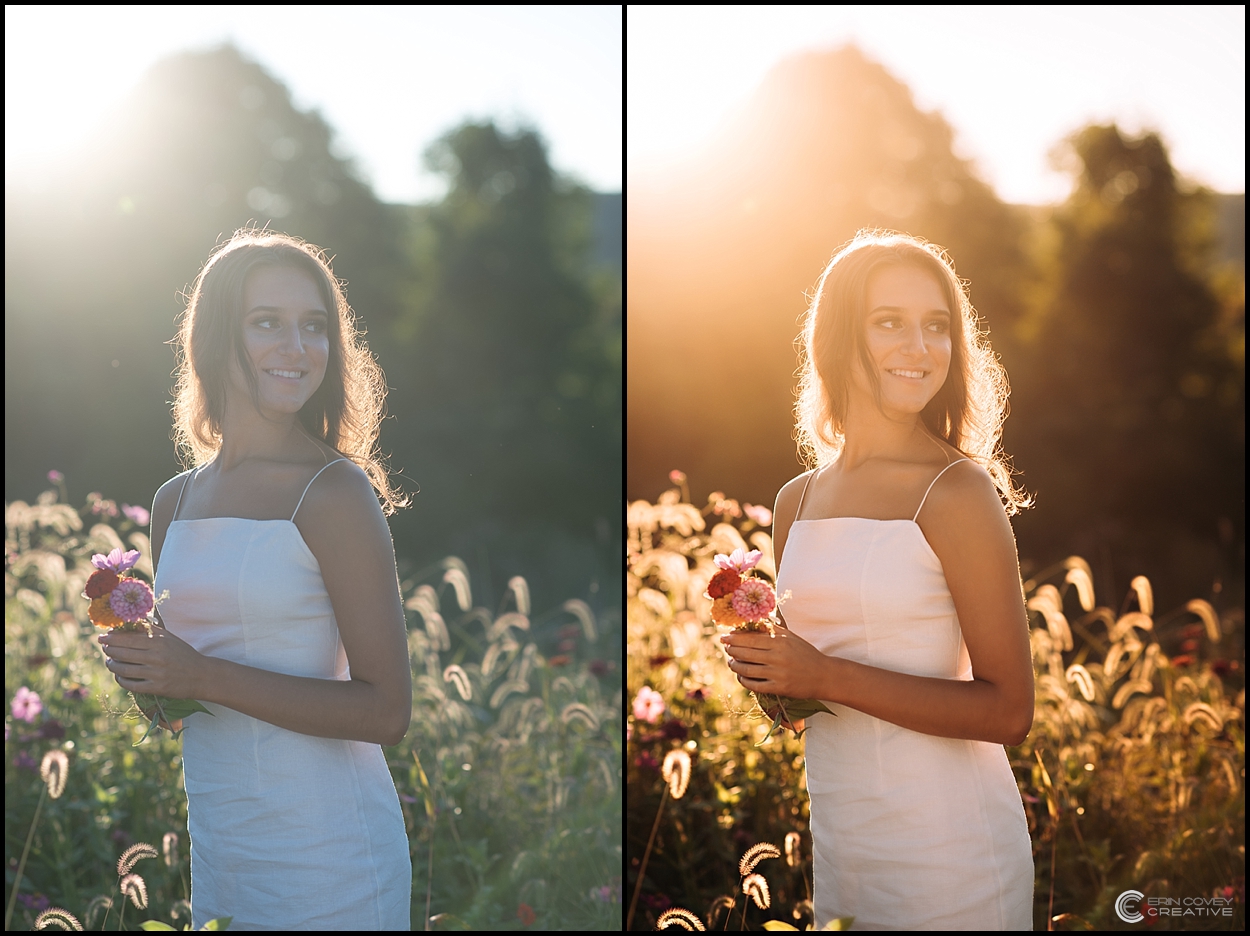 When Peter (second shooter) and I are documenting the First Kiss, he gets the traditional angle, I get the unexpected one. That means I have to Photoshop both him and me out of the respective shots! (There is a school of thought among photographers that we are part of the day and should be in photos, but I don’t subscribe to that theory.) Yes, sometimes it’s inevitable. When it’s not, I make sure we are erased from history… 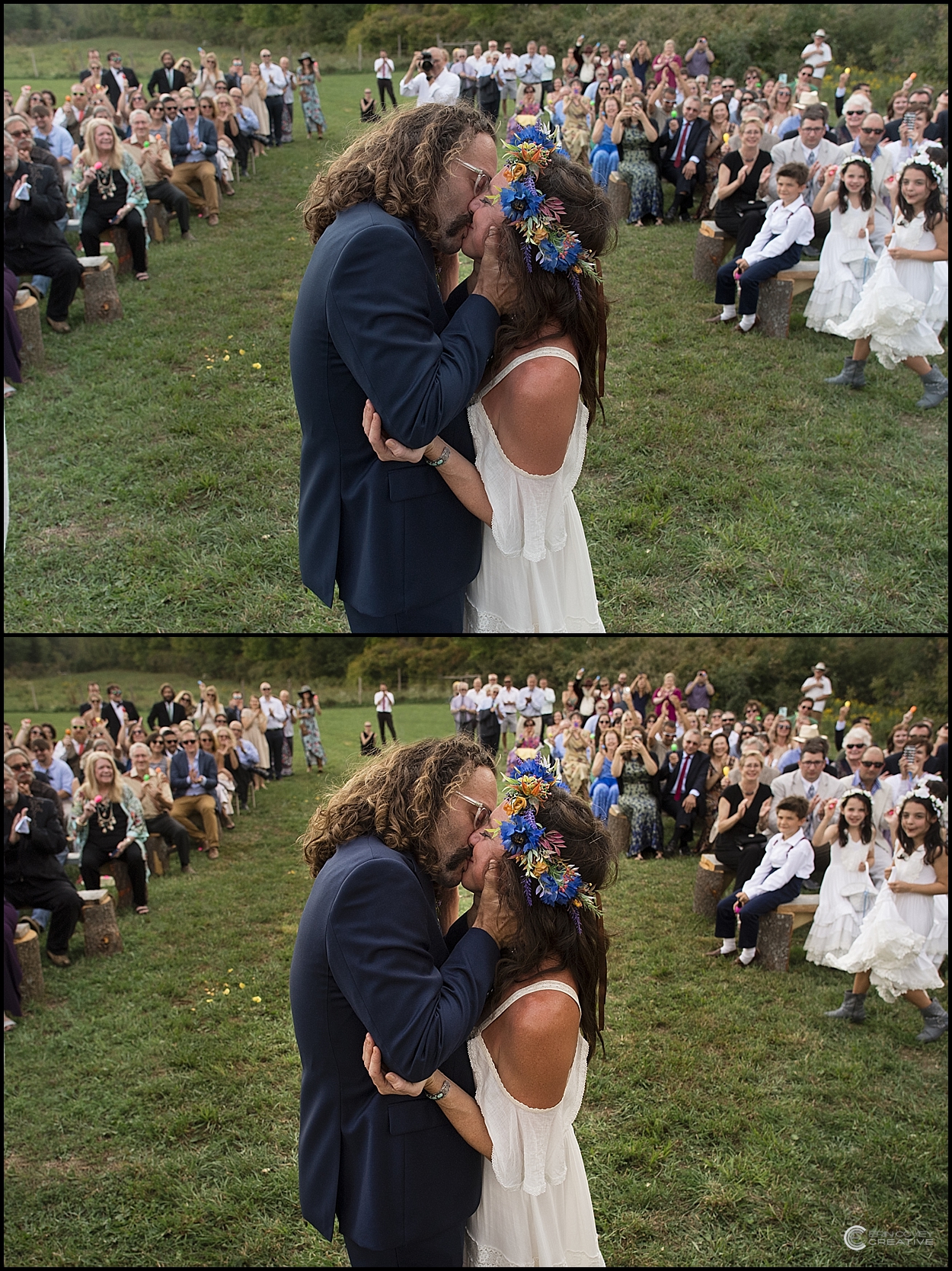 Ahhh power lines and signage! I absolutely LOVED this photo and felt it was among the best moments of the day. The V.I.P.s walked to the reception. While I can’t remove power lines out of every single photo (this one alone took me almost an hour), if it’s a big moment that defines the day, it’s getting extra editing! 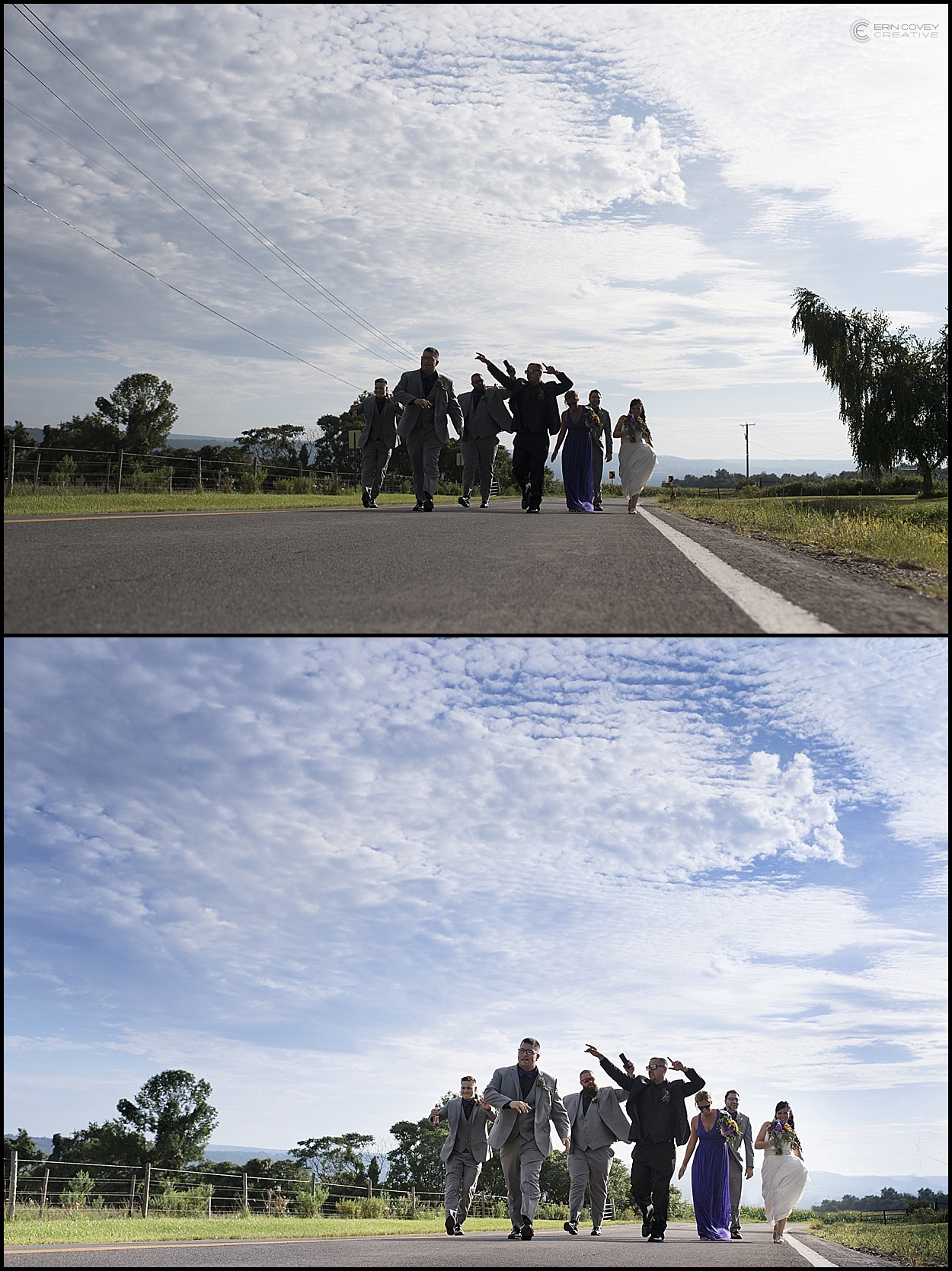 We climbed a mountain and didn’t have a say in where the sun was setting! These two would have been silhouetted if it weren’t for our flash on a stick placed to offset the sun’s direction of light. We needed to be really close to the couple to illuminate them. We climbed up the day before so we knew the set up and agreed the only way was to edit Peter out! Worth it 100 percent. 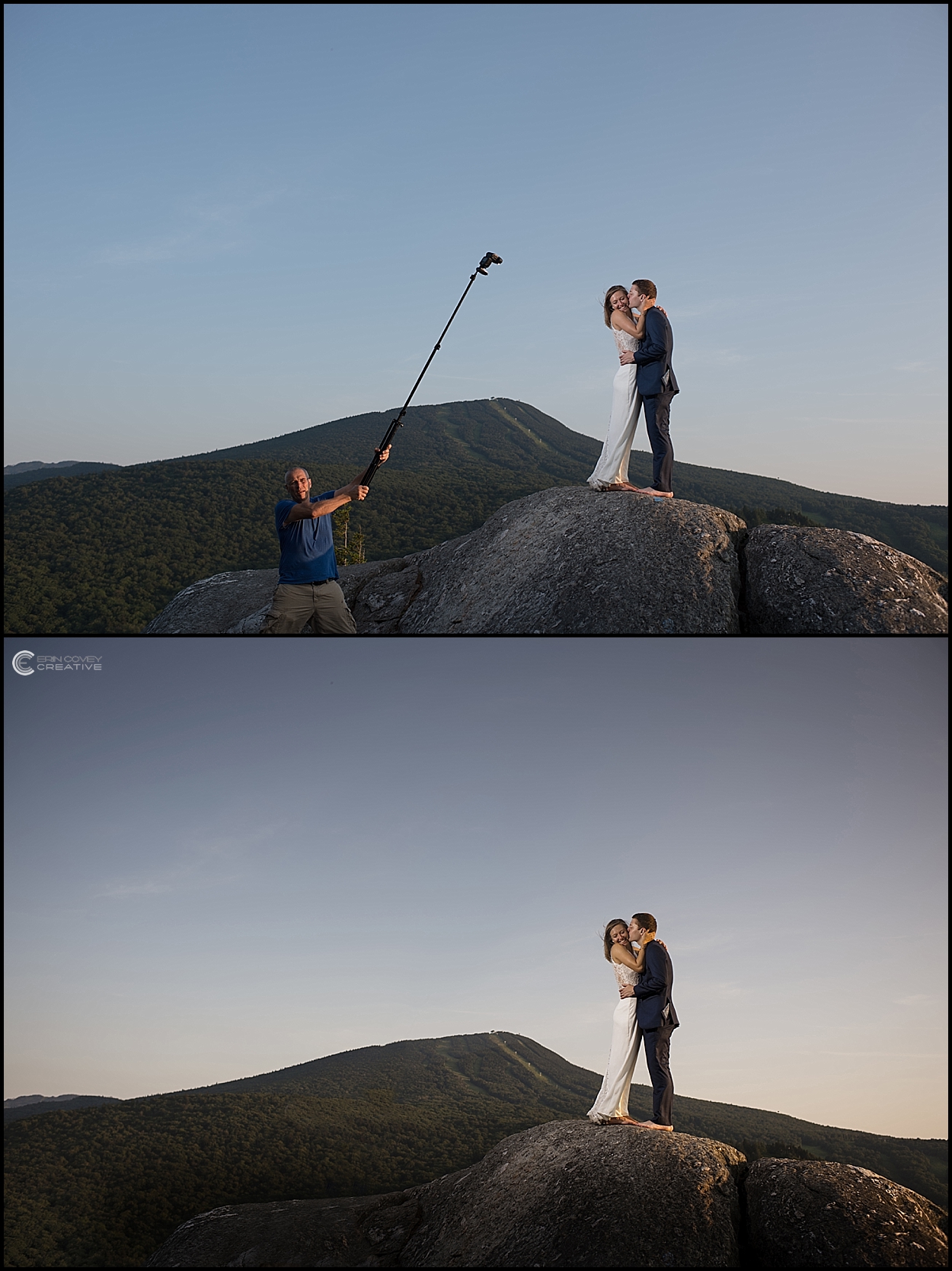 This next photo is important because it has so many elements: bride walking into church for the first time, bride’s parents reaction, plus, the church signage for historical context. Win-win-win! Because the parents are in different light than the bride, I had to shoot it in a way that made sure the bride wasn’t overexposed. I knew I could carefully bring back the parents in editing. 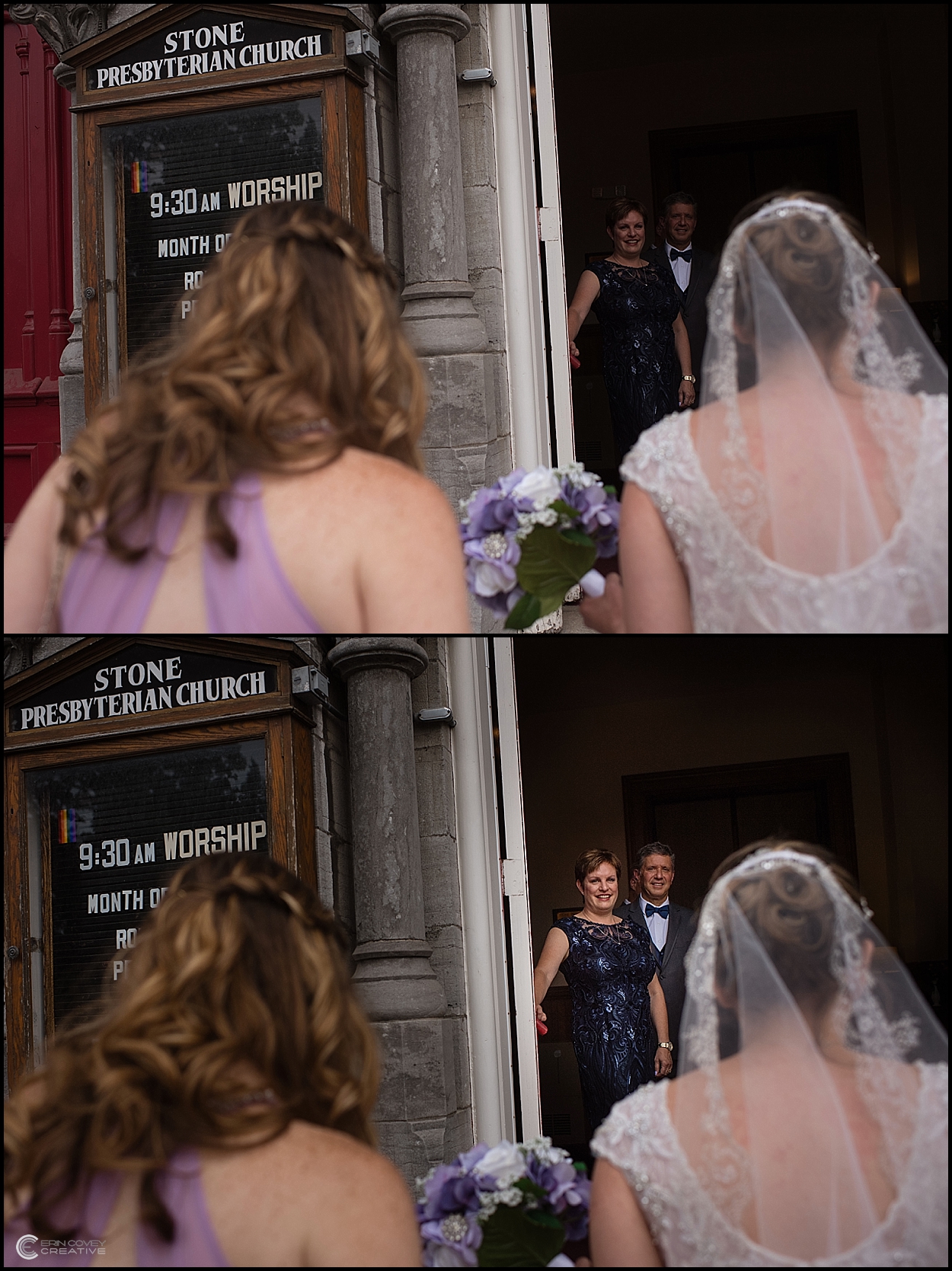 This is a shot that I had zero time to prepare for, because the bride unexpectedly waved to her flower girl while she was in the other room getting ready. I knew while I was shooting it that it was going to be a challenge in post-production, but I fell in love with this shot and knew it would be worth the hours in editing! 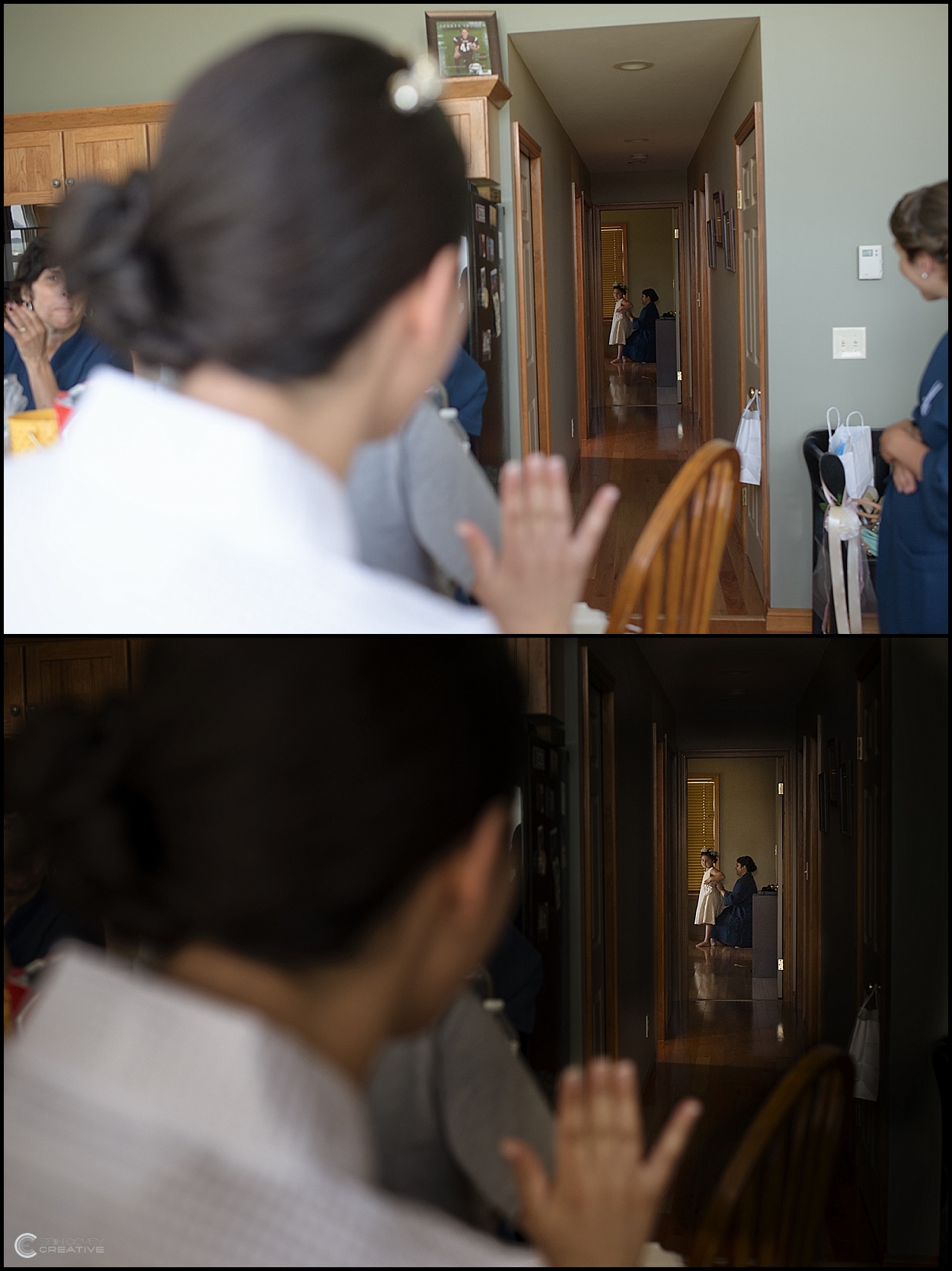 Brutal honesty (because as you know, I regularly ride the no B.S. Express), I wasn’t sure when I was working this shot if it could be turned into something awesome. Overcast days will do that to you, I actually need punchy light to do a lot of my shots. Because of the small area she was sitting in, I couldn’t light it (and my rule is no posing, so I couldn’t move her). I still don’t know if this next shot “works,” but I do promise my couples they get the photos regardless of whether I can get it together on my end. 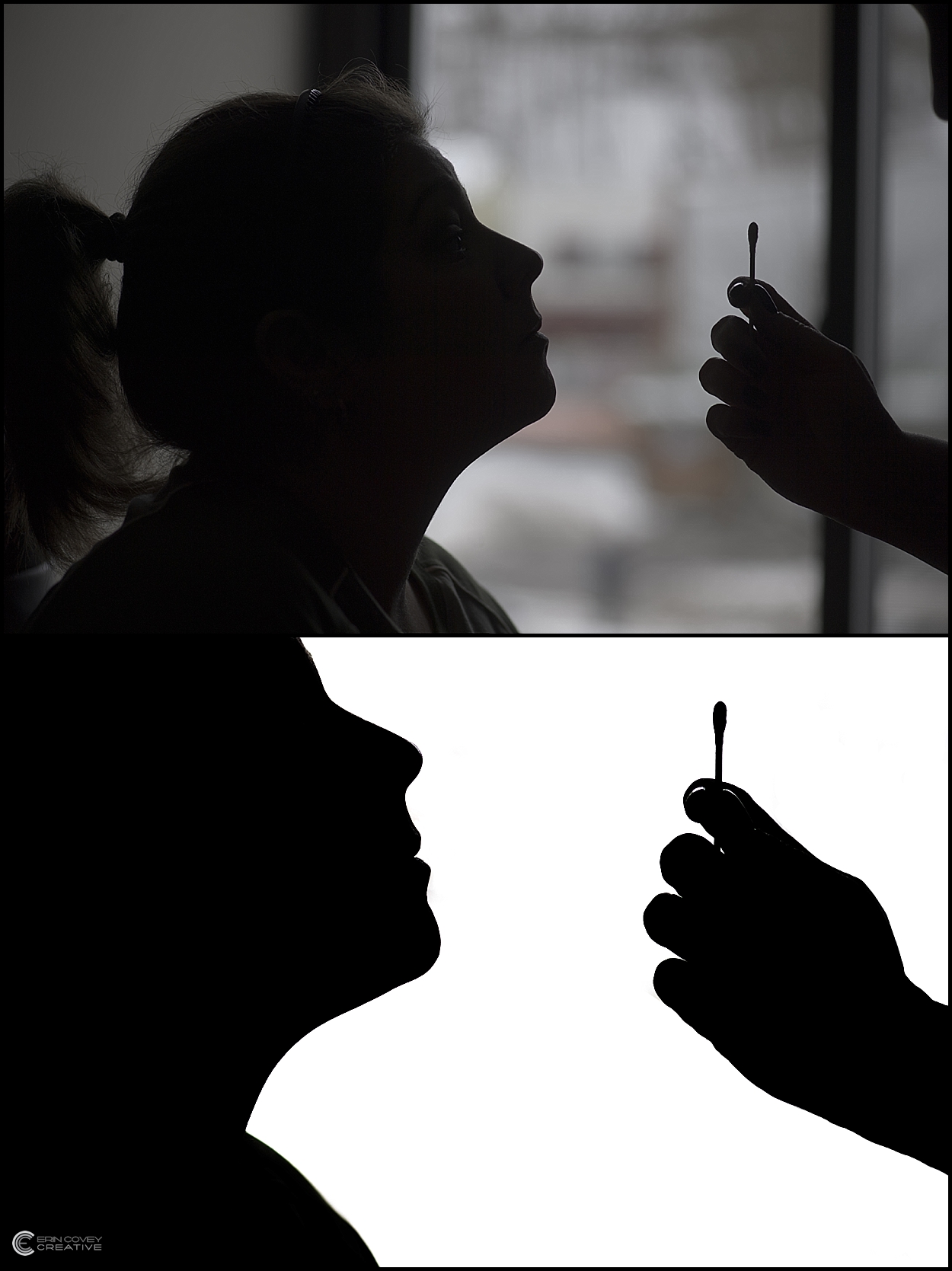 Peter (second shooter) is often at cocktail hour, snapping up great candids to round out the couple’s gallery. Again, we try to shoot with clean backgrounds, but if it’s between getting a great moment or a waiting for a pretty background, we’re gonna pick the moment every single time! And yes, that white pole had to go! 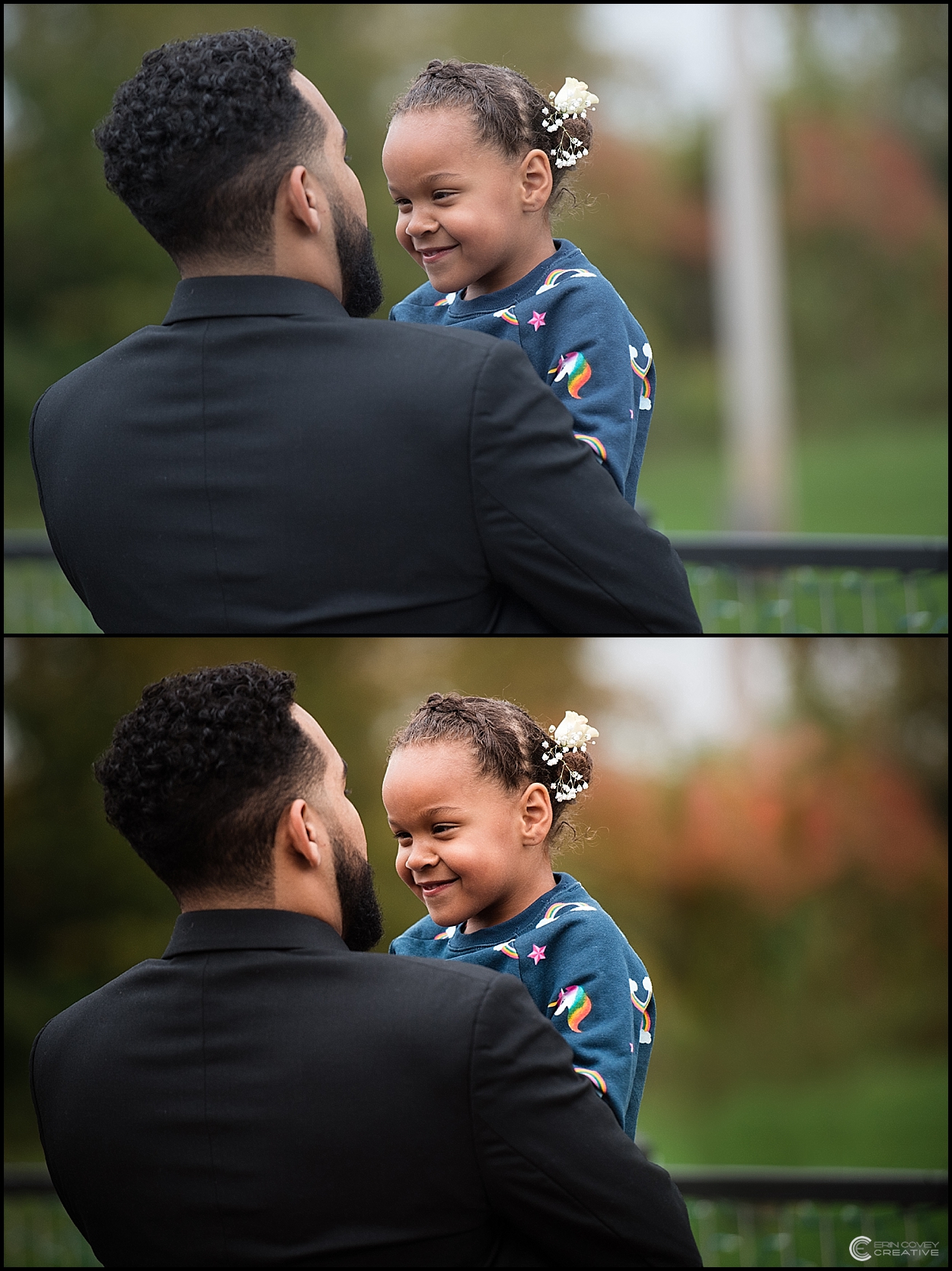 Hope that puts a visual on what it is that we edit on a regular basis! If there’s anything you want to know or want me to blog about, I’d be happy to! 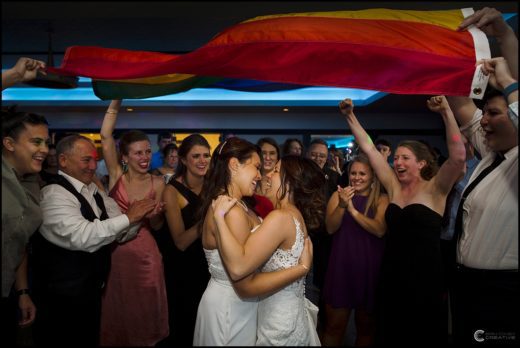 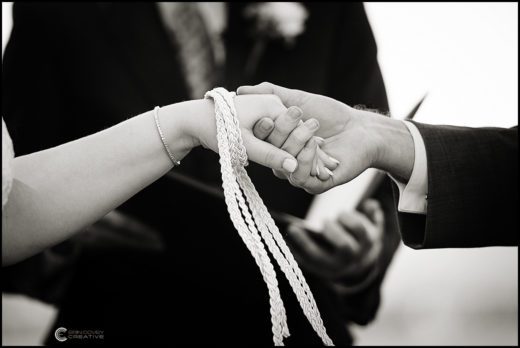 FAQ: Should I Hire a Second Shooter? 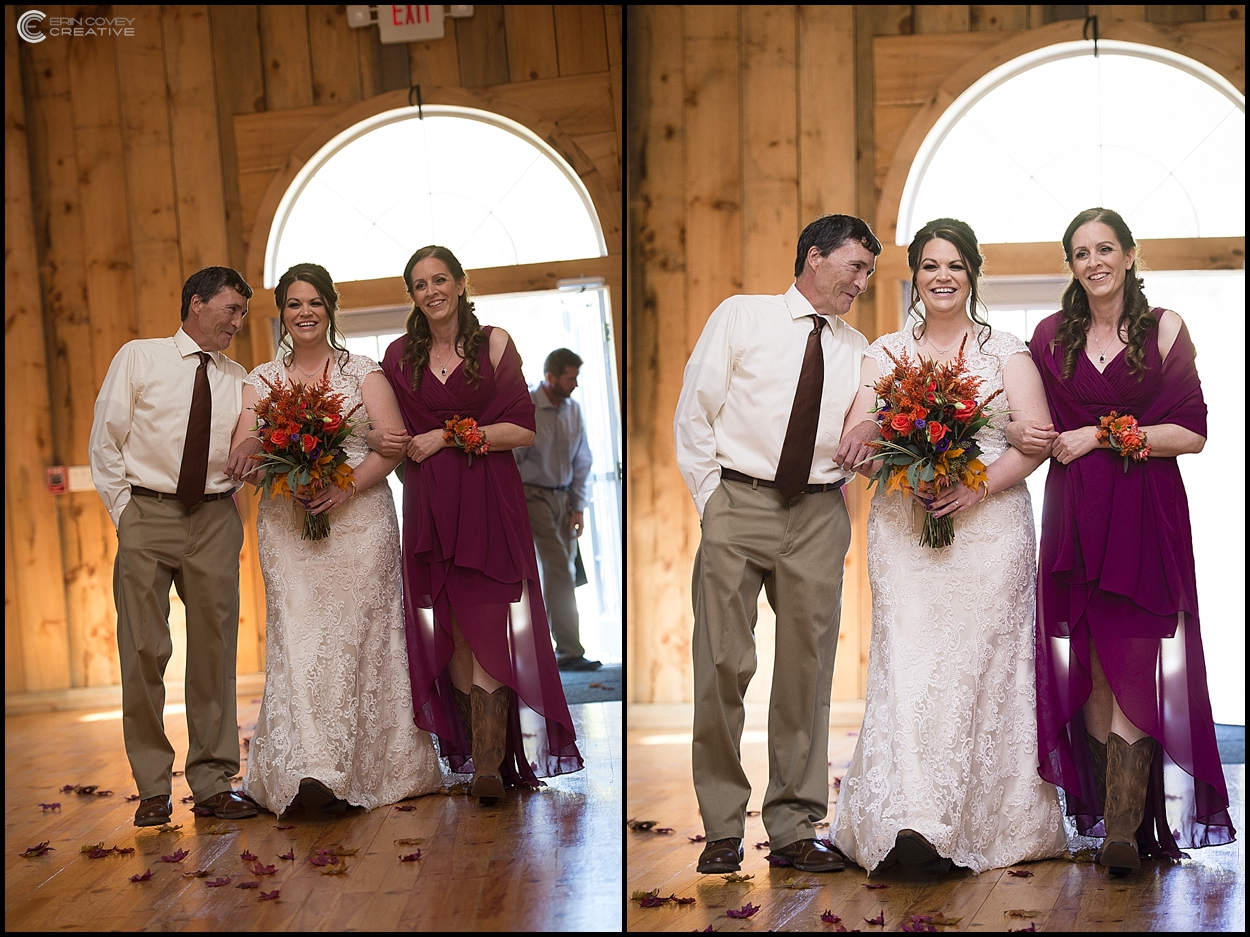